Are your kids getting up too early? Wish you had some more time in the mornings before the crazy begins? We were at our wits’ end over our kids’ insanely early wake-up calls until we implemented this one little fix. 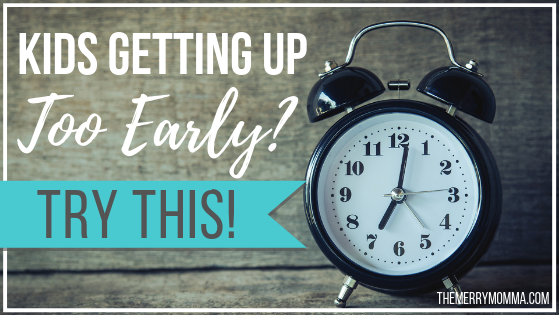 It used to just be Aidan, but now that the boys share a room, it’s both of them.

And Momma just can’t handle that.

I like to have at least 30 minutes to drink my coffee and have my quiet time before I have to dive right into noise and demands and chaos. (As cute as those little noisemakers may be.) It’s not selfish — it lays a better foundation for the day and I’m a better mom the rest of the day.

Related Post: How I Set Up My Mornings to Accomplish More (By Doing Less)

We tried and tried to get them to sleep in but to no avail. (And because people always ask, yes, they have early bedtimes. But it really doesn’t matter; they get up early no matter what time they go to bed.)

After months (or years, in Aidan’s case) of frustration, we finally realized we were fighting the wrong battle.

After our epiphany, we changed the way we approached the issue, identified the real problem, and found a handy tool that provided the solution to it all.

If you have (super) early risers, then read on, my friend, because I have just the thing you need!

We finally realized that although we might not be able to get the kids to sleep later, that didn’t mean they had to come out of their rooms that early.

They’re old enough, and their room is fun enough, that it was perfectly reasonable to ask them to play quietly in their room until a more appropriate time (i.e. after Mommy’s had her coffee, can I get an amen??).

So, we needed a way to signal to them when it was okay for them to come out.

Enter… the Ok to Wake Clock. (Actually, we got this version instead because it had better reviews. But it’s the same idea.)

Parents had recommended these clocks to me for a while, but for some reason, I was still skeptical.

We finally grew desperate enough to give it a try, and we bought one last Christmas.

We no longer have to repeat, “No, it’s not time yet” over and over until someone cries (and I’m not just talking about the kids). We’re not the bad guys sending them back to their room. They know that they cannot come out until their “puppy light” turns green. 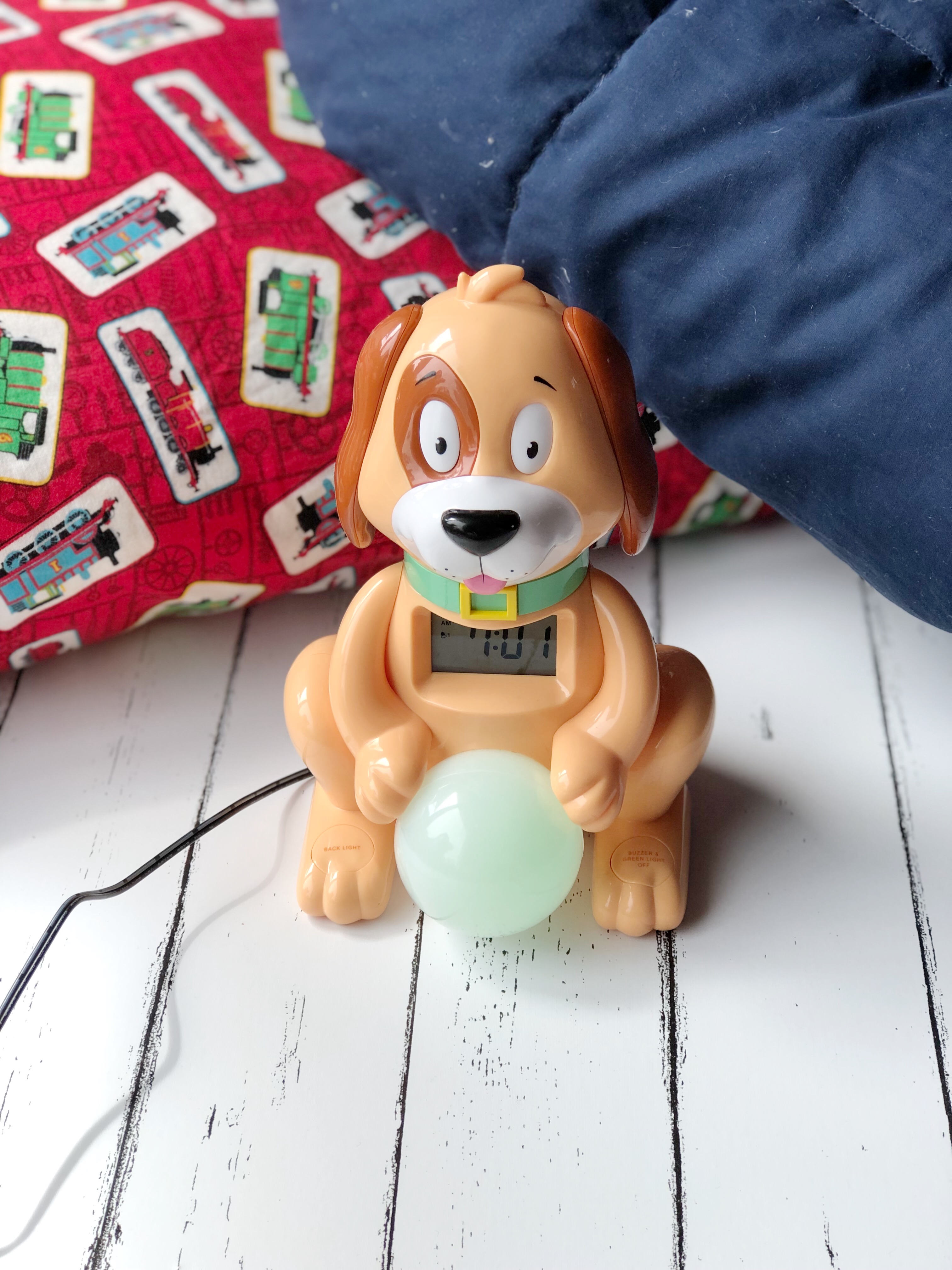 And for the most part, they follow those directions. Every once in a while, they try to come out early. (Usually, it’s because they got up wayyyy too early and therefore have grown bored with staying in their room that long). But all we have to do is ask, “Is your puppy light green yet?” and they will turn around and head back to their room.

One of the things that I love about the light we have is that it also has a nap setting.

When Aidan reached the age when he was starting to transition out of afternoon naps, I would give him an amount of time he had to stay in the bed with the lights off. More often than not, he would end up falling asleep. And even if he didn’t… hey, at least I got 45 minutes of rest out of him!

So, you can also use these lights as a timer to let your kids know when they can get up from a nap. Especially if your kids are fighting naps but are still young enough that they really do need them. You may find — as I did — that once they lie down for a while, they often end up falling asleep after all. The best part is, you don’t have to be the bad guy — the light will do that for you! 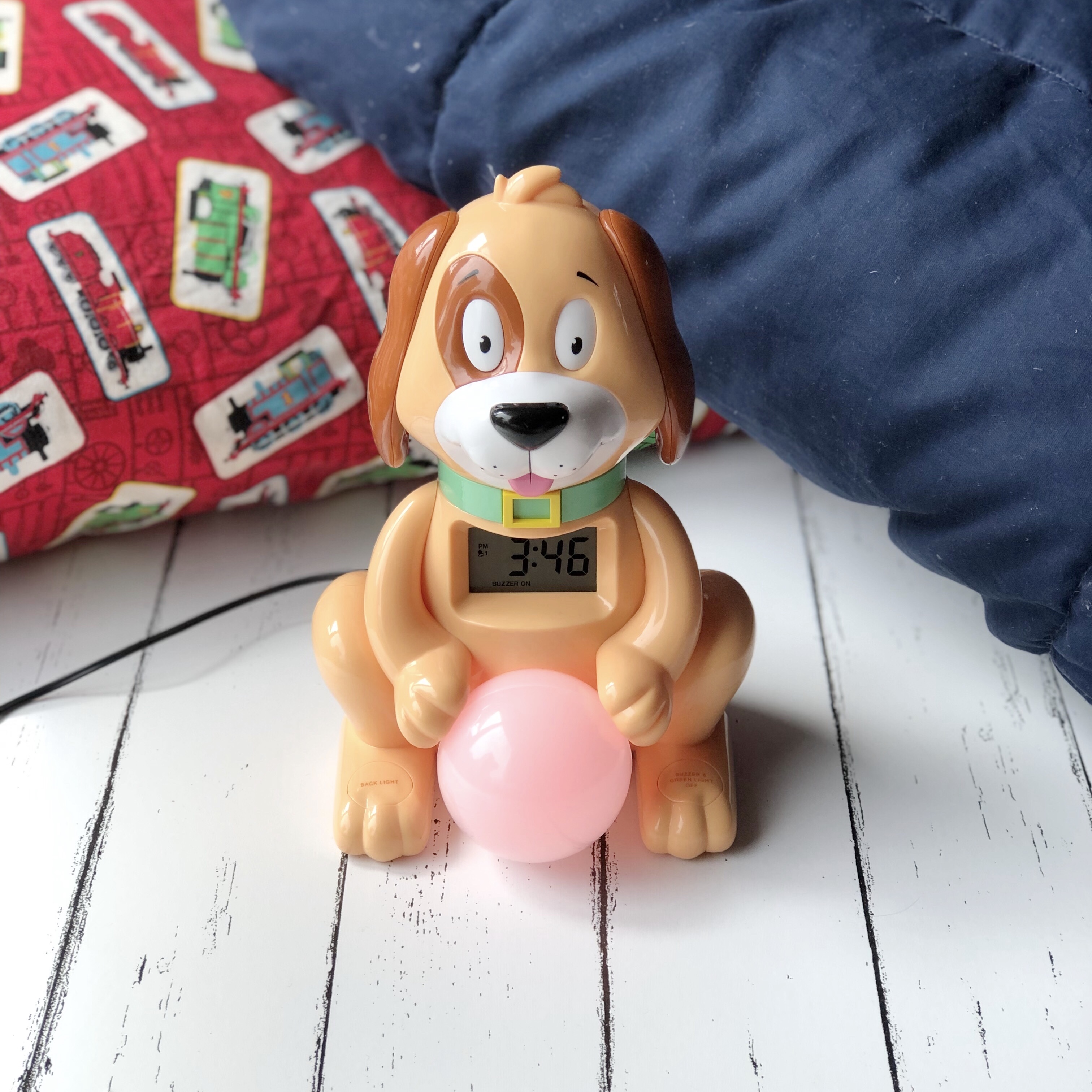 NOT AN OVERNIGHT SUCCESS!

We have absolutely loved our “puppy light,” but I want to be clear about one thing — this was not an overnight success.

The first morning after getting it, the boys were up and out of their room at their usual time.

Same with the next morning.

And probably the next.

I don’t remember exactly how long it took, but it definitely did take a few days of training — of leading them back to their room over and over — before they realized that we were serious and they weren’t going to change our minds.

As with most things with kids, the success of the clock required (and still requires on those random mornings they try to test the waters) consistency and diligence.

But it has been 100% worth it, and I would hands-down recommend it to any parent struggling with too-early risers.

SHARE WITH US: Do you have an Ok to Wake clock? What was your experience with it? Share in the comments below! 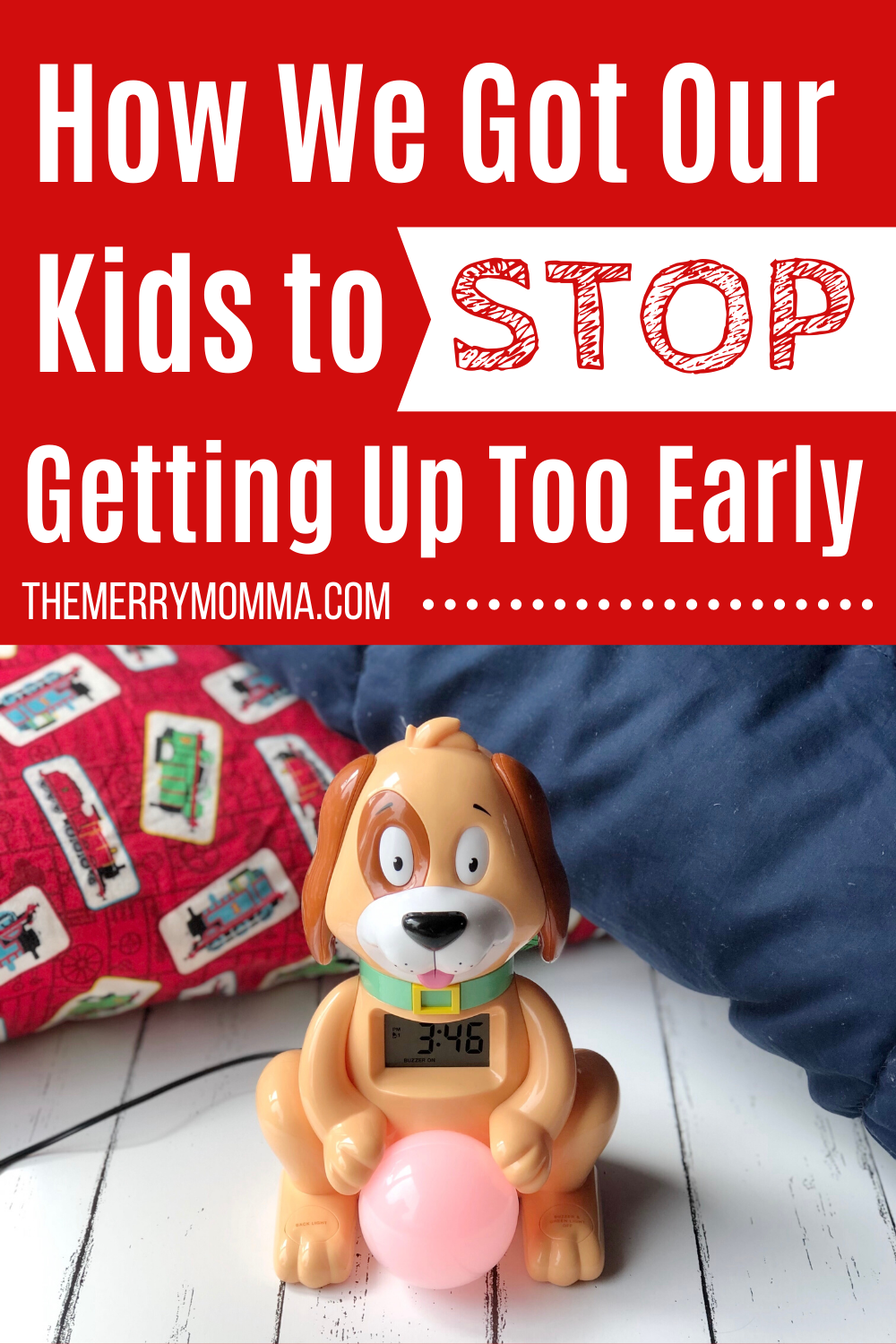